Blog (Insight Voices) Workstream Collaboration — Too Much to Handle?

Although the cloud has closed the technology gaps that previously inhibited the “collaborate anywhere” movement, IT organisations are scrambling to keep up with a sprawl of shadow IT. They’re also facing new workstream collaboration compliance, governance and security challenges that need to be addressed.

What is workstream collaboration? It’s an emerging segment of the technology industry designed to improve team coordination, performance, communications and productivity.

Microsoft Teams, Cisco Webex Teams and Slack are some of the major players in workstream collaboration tools. These platforms streamline the collaboration of both content and people, empowering teams to easily work together within a single tool.

The traditional days of Cisco unified communications and collaboration are fading into the past. A violent convergence of what we collaborate on (content) and whom we collaborate with (business partners and colleagues) is pushing the boundaries outside the traditional office space. The rules have changed, and the flurry of new challenges that have ensued is testing even the most agile IT organizations.

The beginning of workstream collaboration

IT has become a bottleneck between user demand and the changing values that are prominent in organisations today. The “always on” and “work from anywhere, anytime” culture is driving IT teams to re-evaluate how they approach collaboration. But IT organisations are now dealing with the avalanche of compliance and security complications that come with this new approach.

The overall concept is genius and promises to solve everything that legacy unified communications applications failed to address. However, translating that concept to reality in the workplace has not been as easy within the enterprise as some thought it would be.

The early days of workstream collaboration grew from small teams using unapproved apps to fill gaps in traditional messaging and email applications so they could work together more effectively. It was mostly internal conversations and documents, and it existed within the walls of the organization.

The governance of how the tools were used was co-developed by teams based on their needs, preferences and the type of work they were doing. The self-governing worked well due to the limited size of the teams and the similarity of work done by team members.

As expected with any effective technology solution, usage increased, and companies looked to monetise it — which meant these solutions would become the next enterprise collaboration apps.

The idea of taking voice, video, messaging and content into one workspace was an easy play for the large players such as Cisco and Microsoft. Most of these features already existed somewhere in their product stack. The players just needed to combine the features into a single app and market it as the next big thing.

Adoption of both Cisco Webex Teams and Microsoft Teams within the enterprise took off like a rocket. Organisations were focusing on the features (messaging, voice, video, content), while Cisco and Microsoft opened each of their platforms for direct integrations.

The race was on to reach feature parity with Slack and capture its existing market share in the space. As the proof of concept started rolling out within organisations, the snake reared its ugly head.

Questions around data security, compliance requirements, governance and manageability started to overshadow the feature richness and capabilities of the team applications. Organisational change management needed to happen within enterprises, and it often didn’t.

We soon found out that without really engaging with teams within the enterprise, IT had just offered another messaging and meeting application to its unified communications catalog. Hence, these tools joined the collection of failed apps that increased IT overhead and created additional workstream paths for users.

The challenges around adoption

Both Cisco and Microsoft will tout numbers of how many users are running their team applications — but I challenge those numbers in that they don’t reflect effective usage. Workstream collaboration is not just another application; it has to be a fundamental change in the way IT approaches the business and integrates the user workstream — and possibly third-party apps — into the team application.

Convincing users to completely shift into a new workstream is no easy task. We must take off our IT hats and get in the trenches with the users to really understand what they do and why they do it. We must become intimate with business processes and workflows. And we must become part of the business — not just the IT guys. No longer can we be the ones at the counter handing out tools. We must get our hands dirty and create the tools.

Workstream collaboration will fail with the traditional IT approach to teamwork applications. Integration and custom development will be an integral part of success, along with the agility to manage the differentiation and customisation required for internal teams. 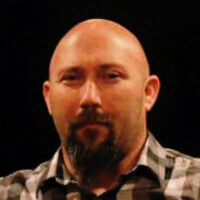 Find out how to get your employees using Microsoft Teams, and learn more about how features in Microsoft Teams can help your business collaborate effectively and securely. 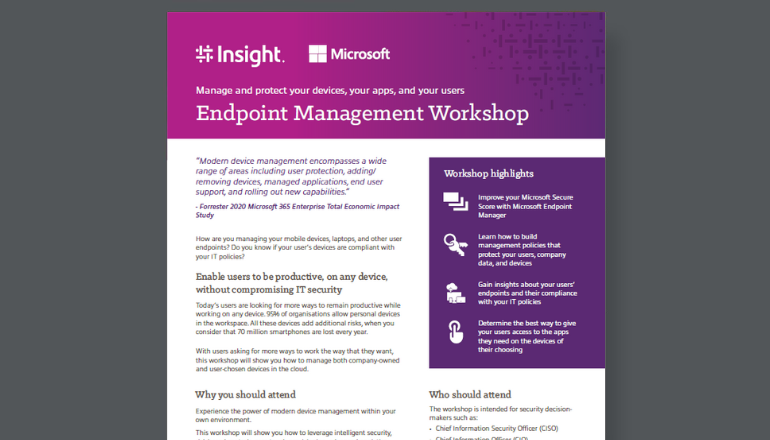 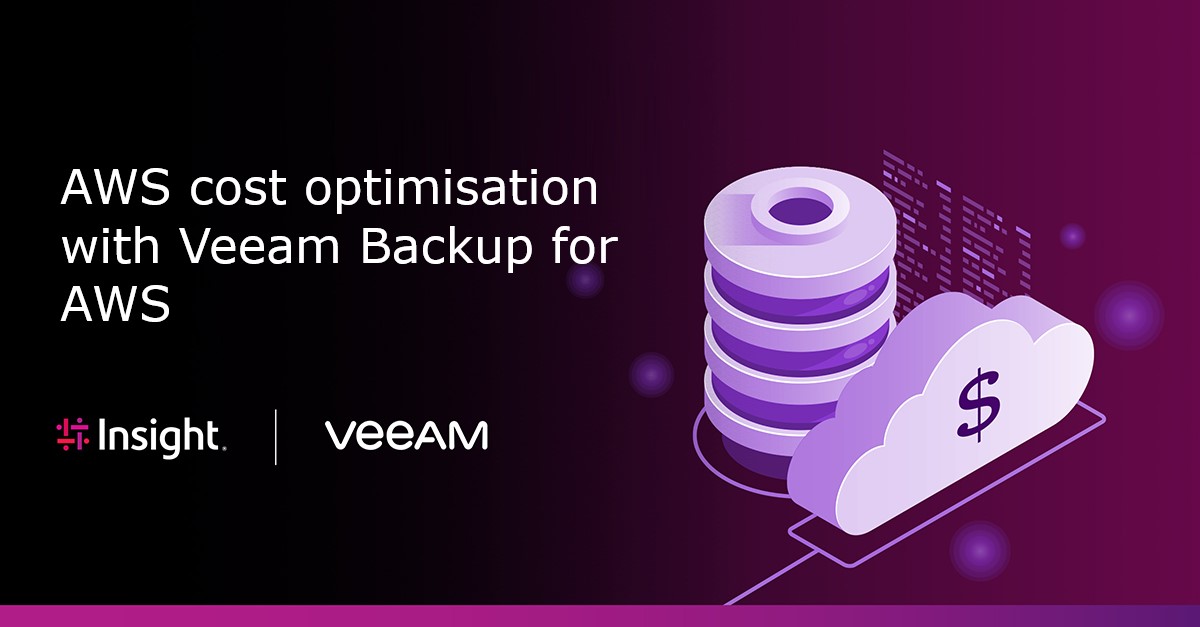 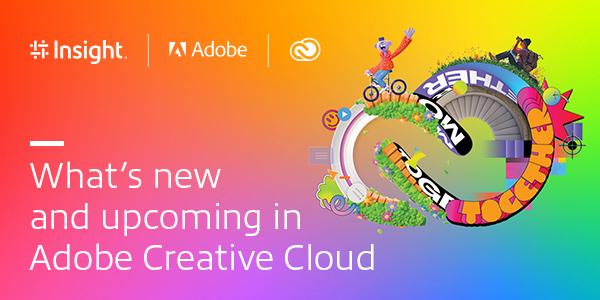 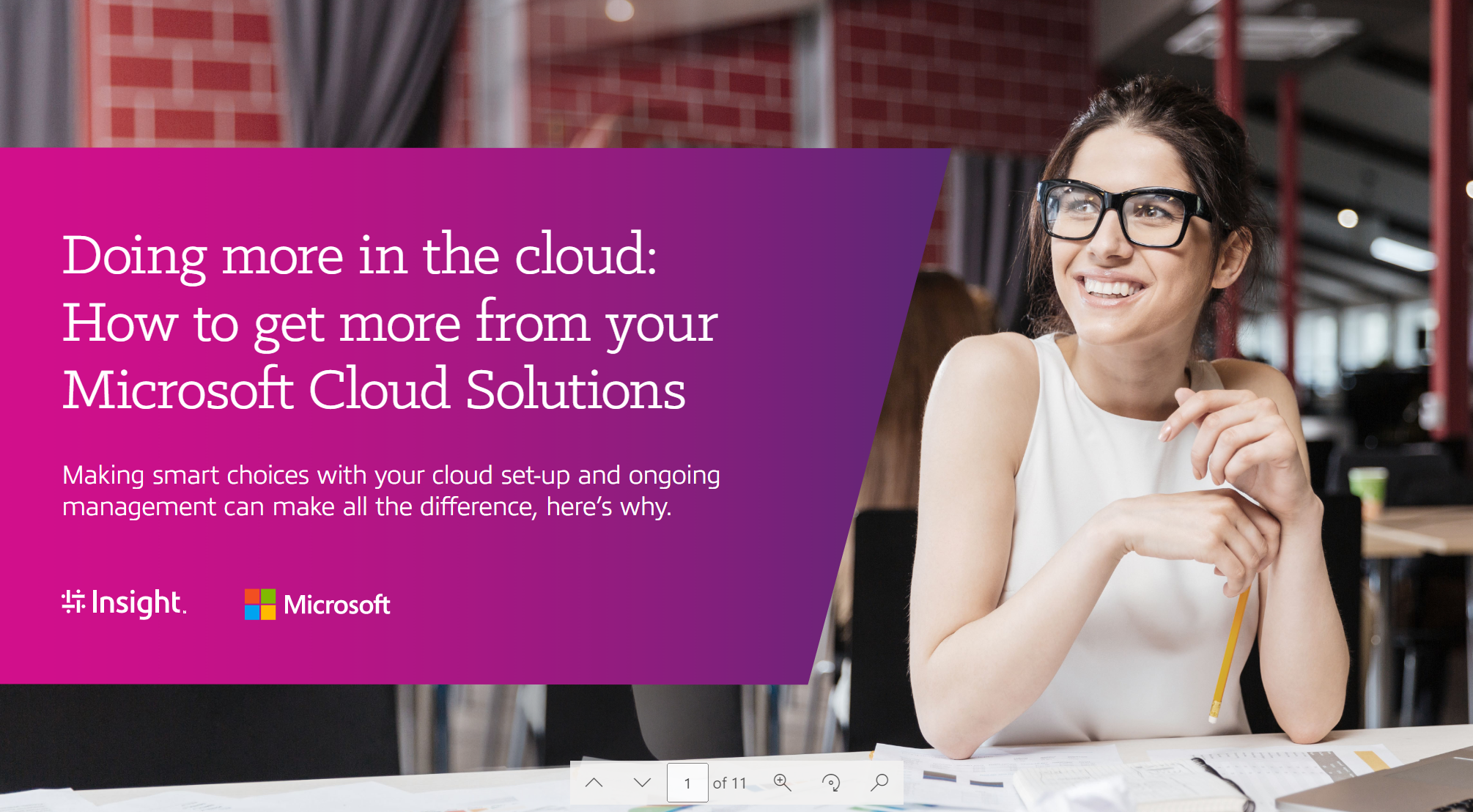 eBook How to get more from your Microsoft Cloud Solutions