ECU’s cloud transformation was supported by Insight, assisting in the design, planning, implementation, migration and deployment of workloads into Azure, as an extension to their on-prem datacentre. The engagement was conducted in a phased approach, from Assessment, Azure Foundations and pilot, Migration, operationalisation and change management phases.

Virtual Machine workloads were migrated over a 6 week period, and supported by operational readiness activities needed to embed the changes into the organisation.

Since the migration, Insight has assisted with the optimisation phase, ensuring workloads in Microsoft Azure were enabled for backup, DR, monitoring, security, billing management and governance toolsets.  Essentially each workload was reviewed and Azure resources adjusted.

“It just took too long to do stuff. The lack of automation, the lack of orchestration, the cost of doing even the basics was high. It just took weeks to stand up a server, a virtual server, where it should be taking minutes,” Vito Forte, director of digital and campus services and CIO.

Most undergraduate students at Edith Cowan University were in primary school when the smartphone era dawned; for them, accessible, affordable, flexible technology is a given.

Even a relatively young university like ECU, which was established in 1991, strives constantly to respond to the expectations of students, as well as to provide the streamlined yet secure and powerful platforms that academics and staff need to succeed. ECU is a leader in the cyber security education and research field and therefore very conscious of sourcing tech solutions that also provide enhanced security and protection.

Transferring almost 400 workloads to Microsoft Azure is now transforming the way we deliver the services and the platform that will drive an enhanced student experience, improving organisational agility, and halving IT operational costs.

Perth based, ECU has more than 30,000 students, three campuses in Western Australia and a forward-facing focus – courses are created in consultation with industry.

For the last few years the University has relied on a managed service provider for much of its IT infrastructure – but it was an arrangement that lacked the flexibility or agility that ECU required according to Vito Forte, director of digital and campus services and CIO.

“It just took too long to do stuff. The lack of automation, the lack of orchestration, the cost of doing even the basics was high. It just took weeks to stand up a server, a virtual server, where it should be taking minutes,” he says. Also, despite the limitations the service was also relatively costly.

In order to digitally transform ECU, rein in costs and support the university’s strategy to improve the student experience, and help them succeed, Forte has transitioned 99 per cent of the university’s workloads to Azure ensuring it is able to support anytime, anywhere learning today with no compromise on the ability to meet the needs of tomorrow.

“Insight brings the right people to the table at the right time. They make a difference by bringing in-depth knowledge across the Higher Education Sector and the ability to navigate complex IT projects in a far more seamless and elegant way than what we could do on our own,” says Calkin.

According to Forte the transition to Microsoft Azure – which was supported by Microsoft throughout – took less than half the time that it took four years ago to make the move to its previous managed service provider, and there has been minimal disruption to the university as a whole.

Forte already has plans to explore Azure platform as a service, and is currently working toward greater automation and orchestration across ECU’s IT estate. He makes the point that for digital services to appear simple to the end user, there is a great deal of IT work that has to take place in the background, but notes that the new platform allows his team to mask that complexity from the end user, so they can concentrate purely on what they need to achieve.

Office 365 is used campus-wide, and ECU is now making Teams available as well as Teams Telephony, with the School of Nursing and Midwifery first cab off the rank, to encourage streamlined communications and collaboration.

ECU has also invested in a number of Surface Hub 2 devices, which it is deploying to learn how these will add value to university professionals and be used to enhance teaching and learning. The Library and Centre for Learning and Teaching are among the early adopters with a number of Surface Pros and Surface Go devices also available to users.

Another highlight on Forte’s roadmap is a refresh of ECU’s documentation records management, making greater use of Office 365 and SharePoint. He is also investigating how Azure artificial intelligence services, such as Chatbots might be used to support staff and students. A pilot is currently in its second phase with plans to introduce the technology once enhancements to the student experience are verified.

Azure is already changing the way that ECU uses technology to provide computer labs for students as they tackle assignments, exams and projects. Instead of having to buy and manage a host of computers for computer labs that might sit largely idle outside of exam time, Forte can simply scale up the Azure Lab to meet demand.

A proof of concept using Azure Labs to host a cyber security penetration testing module was rolled out with students accessing the module through their usual university sign on, from their own device when and where it suited them. Students logged in via the Azure Labs portal and used their Office 365 credentials to connect to the appropriate Lab.

ECU is also exploring how similar Labs could work for its School of Business and Law, or for students engaged in genome modelling who need the sort of sporadic access to significant compute resources that Azure has been designed for.

One of Forte’s priorities has been to move away from ECU’s previously fragmented environment, and toward a much more streamlined and integrated platform. A survey of the market identified Microsoft Azure as the most mature platform, and also able to handle the workload mix of the university, which is about 50:50 Windows:Linux.

Azure also passed with flying colours the need to serve as the computing platform for ECU’s existing Oracle applications and its Callista Student Management System.

Forte also ran a fine-toothed comb over the security credentials of potential technology partners, as well as their willingness to work closely with the university to ensure a successful transformation, before making his final recommendations to the university.

“We’ve migrated nearly 400 workloads into this environment, and those 400 workloads include all the major applications, from financial, payroll, student management and identity, which are critical to the university. We have also migrated a number of workloads to an on-prem HCI environment because of specific requirements around latency and device proximity.”

“We’ve got our analytics and our data warehouses in Azure. There’s a whole host of other subsidiary applications that hang around those main ones. And most of those are not Microsoft based. They are Linux and Oracle based. So it removes the perception that says that you can only really run Microsoft stuff in Azure, which isn’t actually true.”

He says the Azure transformation clearly signals that;

“Irrespective of the amount of legacy in your environment, you can take advantage of all your technology and newer platform capabilities. So don’t limit your desire to take advantage of these by thinking that because you do have older applications in the environment, and we do too, we still do, we have managed to successfully migrate those into what we would say is a very modern state of the cloud offering.”

According to Forte as a result of the transformation; “We’re seeing greater than 60 per cent reduction in our operating costs, as well as significant IT productivity improvements. What we have now is fundamentally the same number of people with twice the amount of capability. So the level of effort is fundamentally halved.”

That’s changing the way IT operates. For example ECU is planning to create an IT services and data catalogue to tell users what services and data are available to them, and how to access them, with little intervention from the IT team itself. It’s yet another opportunity to accelerate innovation across ECU and respond rapidly to changing user needs says Forte. 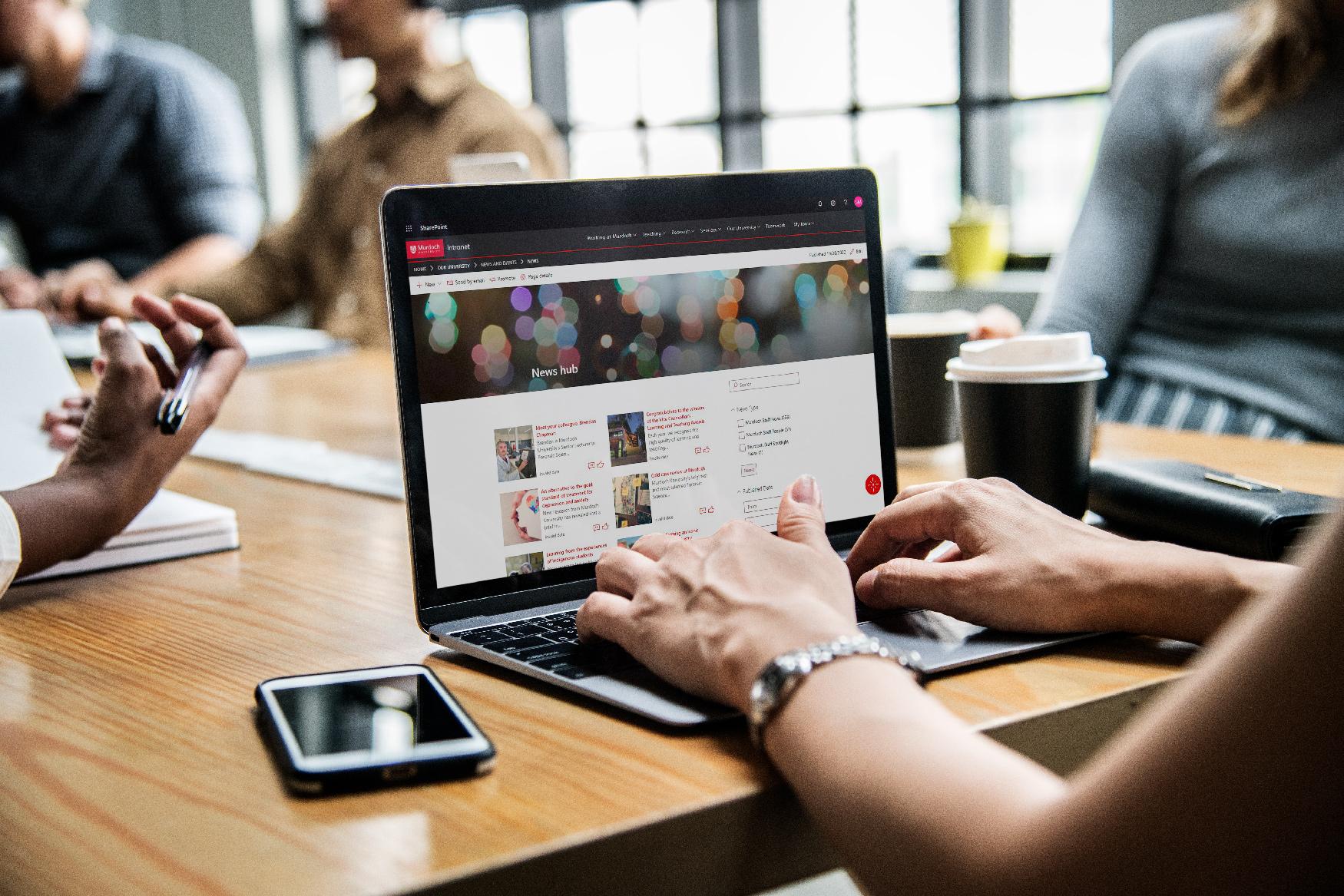 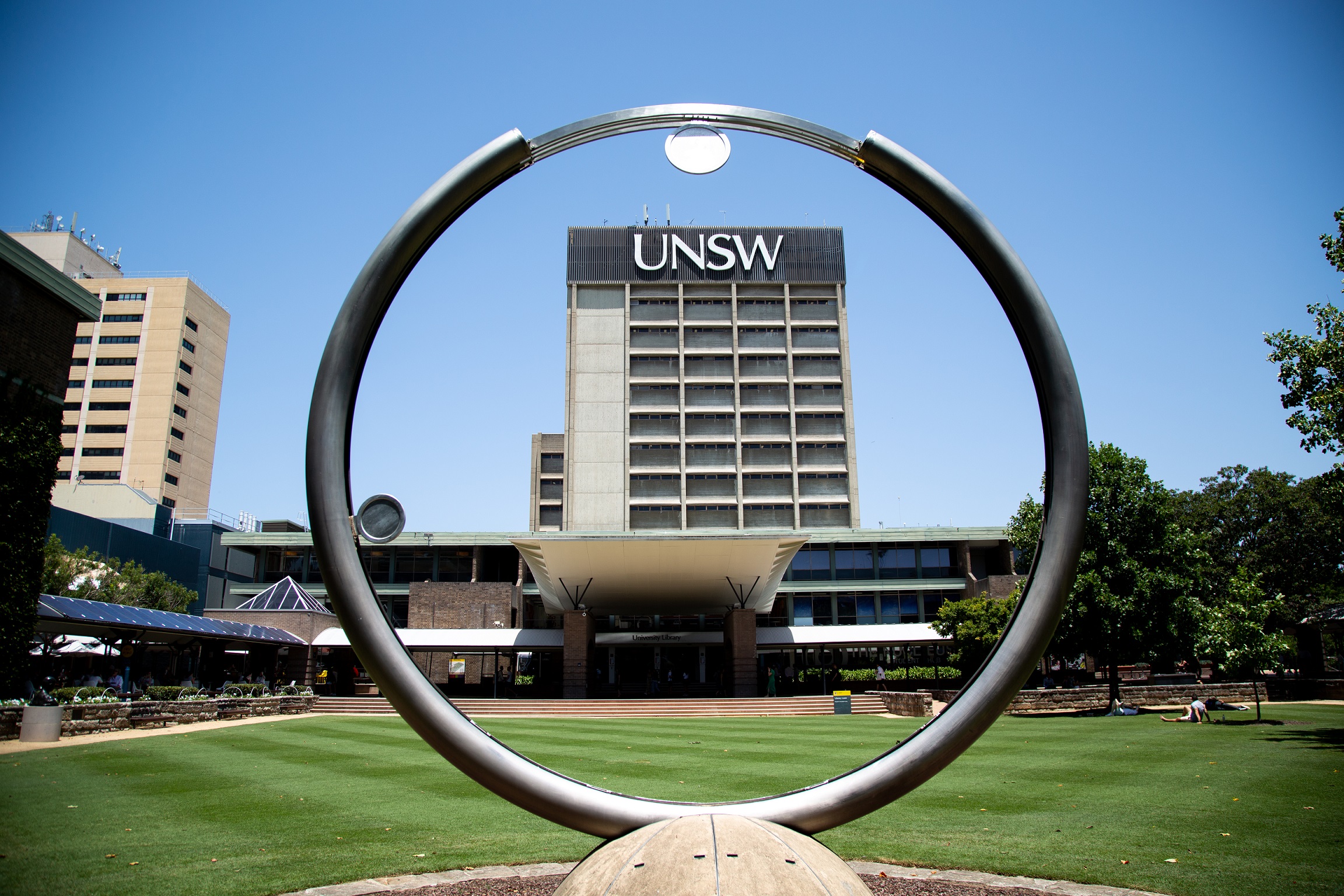 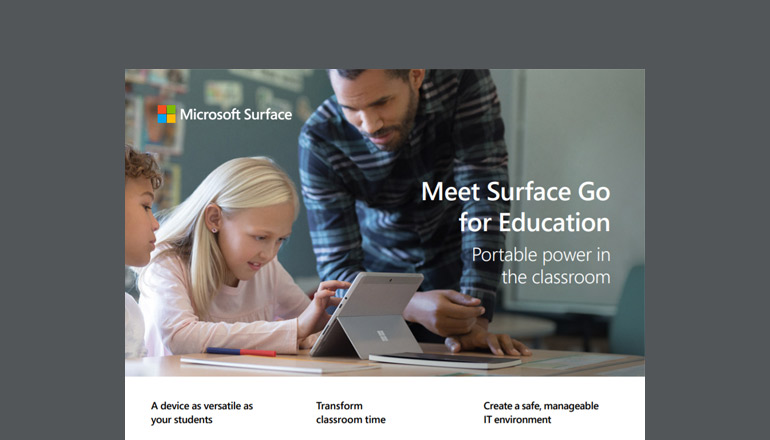 Turn your IT challenges into meaningful outcomes

Talk to a specialist

Our Microsoft Specialist will be in touch 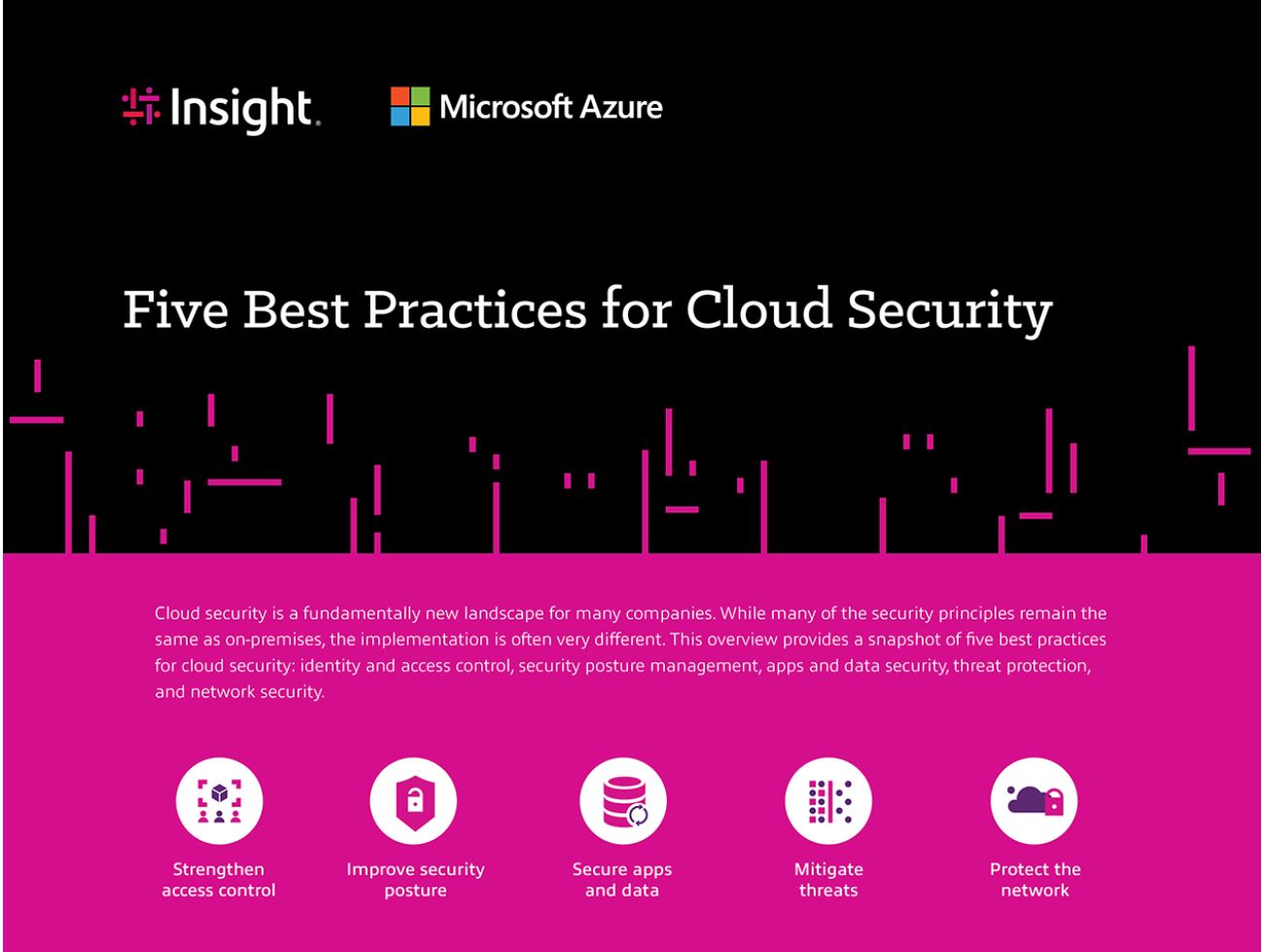 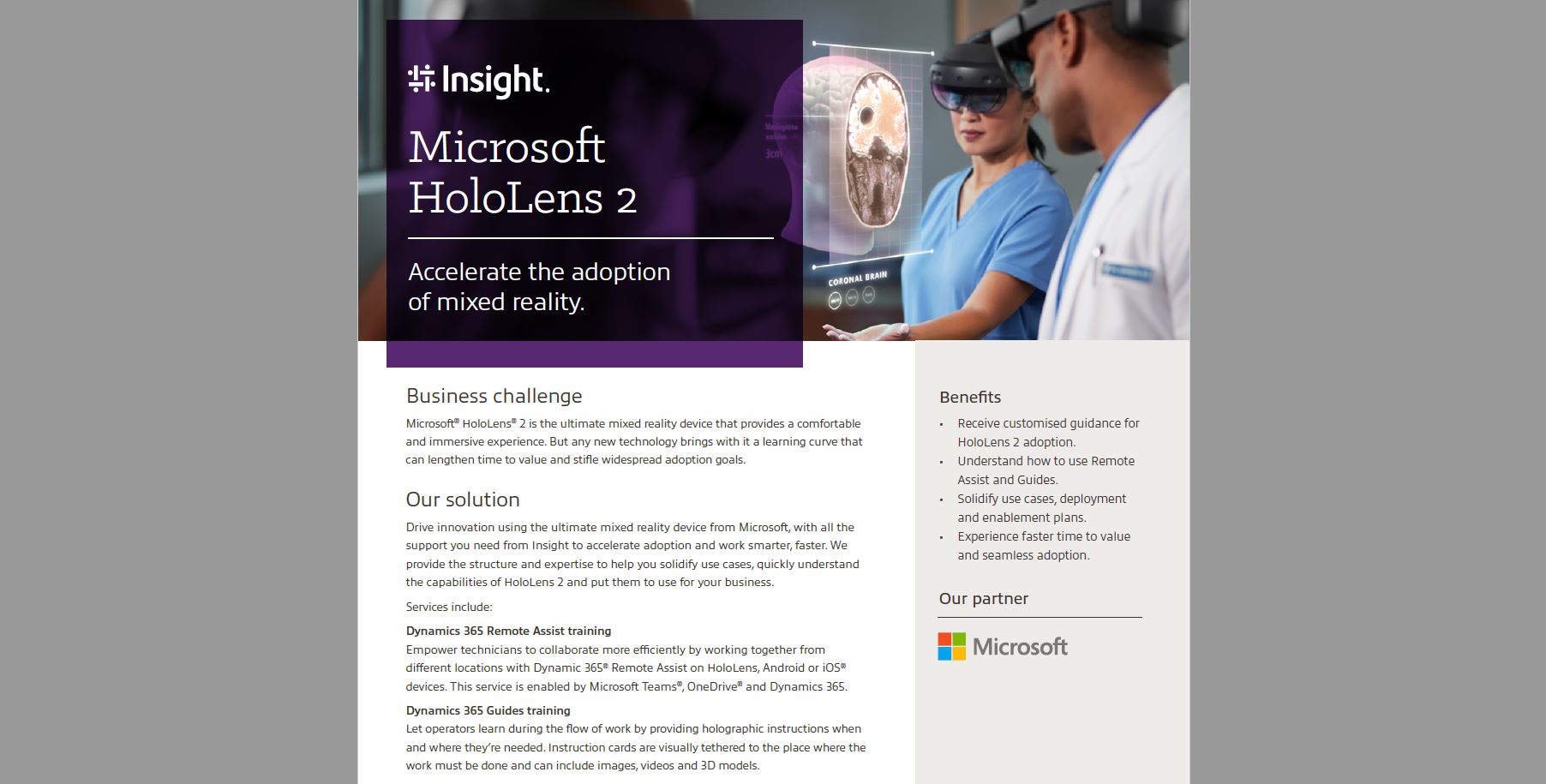